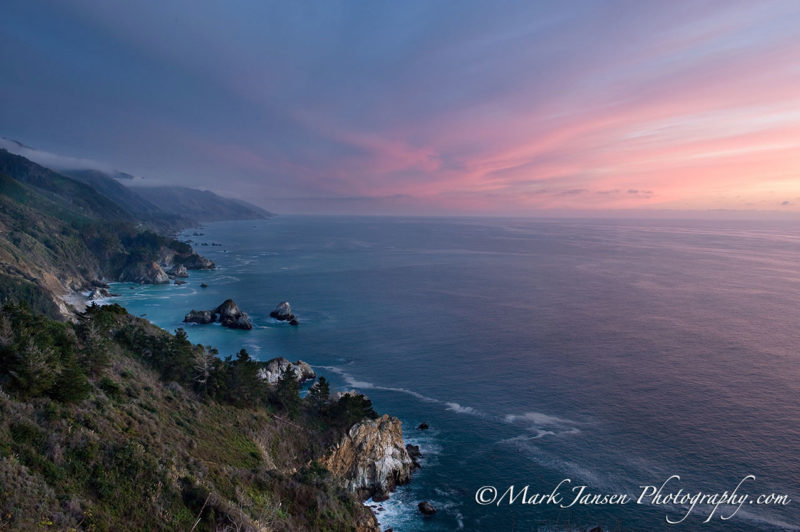 If you’re a native Californian, it’s rare that this fabled coastline has never crossed your mind at one time or another.
As a young kid, born in Southern California, I always dreaded car sickness each time we traveled Highway 1, heading North to Big Sur on family vacations. We were always bouncing around while looking out our overhead camper’s window, its winding path triggering my propensity to this affliction.

We haunted this scenic Highway, stretching back to the early 1970s, from Morro Bay to Monterey and exploring every little nook and cranny in between.

Early on, I picked up the photographic arts and documented it myself in my later teens and into my 20’s. I always found the vistas as stunning and spectacular as I do to this day, operating our photographic workshop business Jansen photo Expeditions.

This special section of the California coastline is like no other. As one of the last Spanish-land grants, it was never the high on the list for early settlers as prime grazing land in its northern reaches, plainly because of its steep and almost inaccessible mountains, plummeting abruptly into the rocky and striking blue Pacific Ocean. 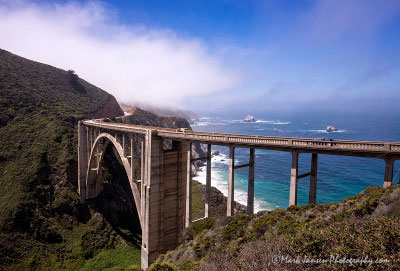 In subsequent years, the Big Sur region was some of the last lands to be homesteaded in California, as it was not very accessible. The lands to the South were more workable for early ranchers and their small hearts of cattle.

Everything changed once Highway 1 was completed and up and running in the 1890’s and later improvements in the 1930’s, provided us with some beautiful man-made features such as the Bixby Bridge and many other crossings of these coastal canyons. This along with Highways 1’s stunning features, makes Hwy 1 heading south into Big Sur from Monterey, a landscape photographers paradise.

When we travel this region these days during our photography workshops, we seem to always find a good portion of visitors from other parts of the world. Very few Californians. The world is clearly out about this stretch of highway and Big Sur’s scenic beauty, it’s clearly an international destination!

There are so many faces to this region. Each season has something fresh and new to offer the photographer, willing to make the effort to do more than drive its twisty route.  I like to break highway 1 up into three sections, starting with the lower southern section, officially beginning in Morro Bay in our eyes. Clearly, this is the gateway to the beauty that’s yet to come. This begins to be more apparent as we venture past Cambria and move into the first steep areas as Highway 1 snakes its way up the coast.

As we travel North, the left side provides wild grasses or flowered vistas with sea cliffs, sea stacks, sea arches and sea life. To the right, there are redwood forests hidden in deep quiet canyons. Mosses, streams, waterfall, and ferns abound, for those in the know and those willing to slow down on the road and explore beyond the crowded turn out vistas.

The people of Big Sur and Hwy 1, seem to reflect their Bohemian roots and natural energy as well. Always a tight community of friendly good-natured people, many are still inhabiting its many secret places. Quite a few of Big Sur’s inhabitants are descendants from the early homesteaders, as well as a handful of transients who live its backcountry. Many of Big Sur’s lodges and businesses owners are descendants of these rugged and independent homesteaders.

The region has many social layers as well, with a new age vibe, that harkens back to the heydays of the 60s and early 70s. You’ll also find it in modern hippies and weekend hipsters as well, feverishly looking for active cell spots to transmit their every move via Facebook or Snapchat. Cell service is spotty at best here. 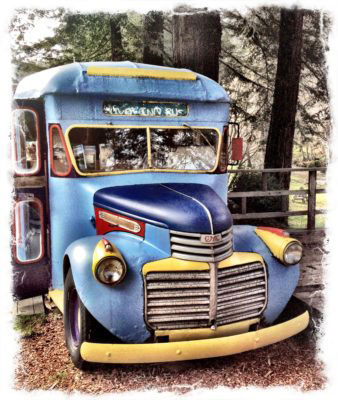 I recall one incident where myself and my wife Holly we’re camping on the highway a few years ago. We had a brief interaction late in the evening with a few of these modern-day hippies.

We were parked along the highway, as we were headed up the coast late, and couldn’t find a campsite. We pulled off to the side of the highway and inhabited a small turnout for the evening.

Later on that night, a couple of small pickups trucks pulled by with a band of young, dreadlocked hippies. I took a quick peek out our camper’s window and noticed they were throwing down a blanket and we’re going to spend the evening doing a little herbal celebrating. It was late, so I addressed one gentleman through our camper window, noting the late hour and asking if they could find another place to party.

He apologized for the noise and said no problem… He then proudly announced, they were Big Sur partiers and they were cool! They shortly packed up their trucks and moved down the road to another turnout.

That’s the general vibe in this region. Its pretty laid-back for the most part, I think to be in such a beautiful place, everybody who lives there or visits seems to always be in a good frame of mind, with astounding vistas everywhere you look, it’s hard not to be.

Join us for our next Big Sur Photography Workshop and learn a little about the real Big Sur. 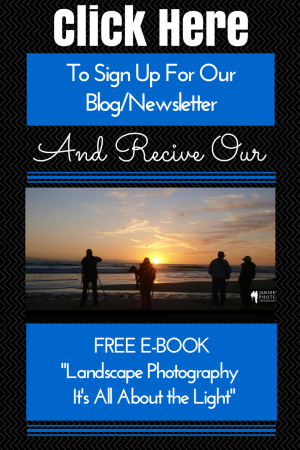